Since update to version 1.6.1 of FilmPlus, I’ve been getting ads at the beginning of all TV and movies on FilmPlus. I’m using IPVanish as my VPN.

Take a look here for the best recommend aps with real debrid setup.

Hello, i compiled a topic with helpful alternatives to use for streaming. This will cover everything. It has reviews and everything you need to get going. Best cinemahd alternatives Best streaming apps Best apks for movies and tv shows. Real debrid complete setup. Best external players Tivimate, the best. 100 best aps for firestick/android These links should really help you make the best informed choice to watch movies and tv shows. My personal recommendation is: Stremio works with r…

I’m using V1.5.5 with RD installed and on SS. I do not have any ads displaying and I just now checked 4 different movies ranging from new releases to obscure. They all populated multiple sources with and without RD.

If you are having issues with the updated one. Maybe try installing the V 1.5.5 and see how it compares and if you like it.

For sure, if you have Surfshark and ad-free enabled, it should save you from the adds. The thing I don’t like about Film+ is downloading their player to play any content. If this was my last option I would do it, but prefer to use an app that doesn’t require that.

The V 1.5.5 let’s choose either their built-in payer or you can choose an external player.

Assuming I have to change that in settings first, so the pop up for their player doesn’t scare the bijeezus out of me? 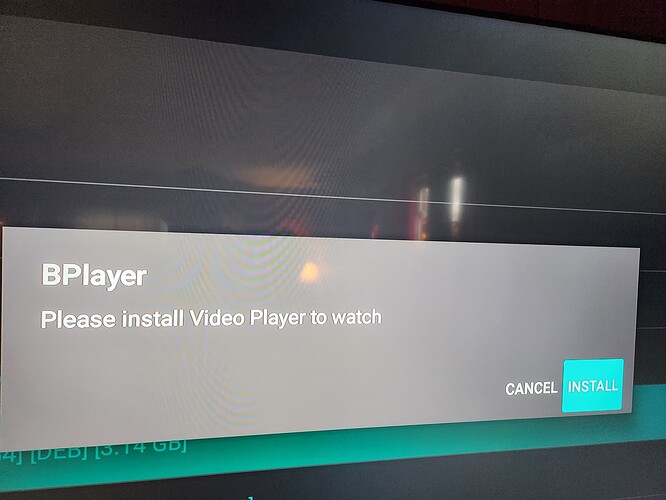 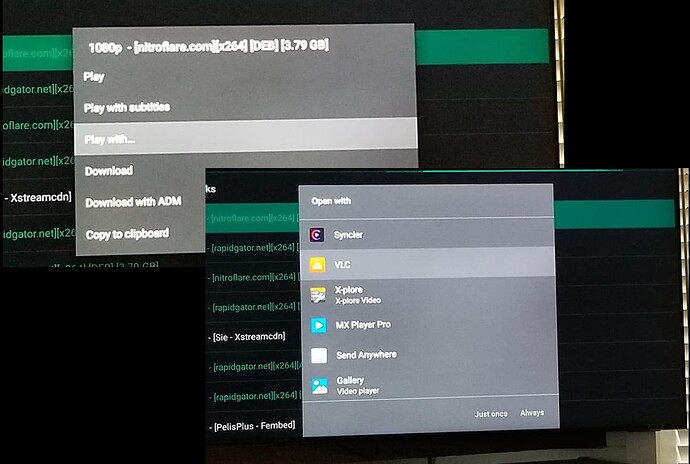 I use vlc with Film + as well.

FYI…Unlinked repository…library code # 67664537 currently has an Ad Free (AF) version 1.6.0 that also works very well…if you are having trouble locating/downloading other versions mentioned.

Yeah, I think V 1.6.0 may be the last one that worked before they did their moronic updated version.

Maybe, but why wait. I would just uninstall the updated version and install an older version until they either fix the issue or someone mods the V 1.6.1

Not sure how/when they mod all these apps…just looked at my 2 main Unlinked stores & 1 has Film+ 1.6.0…the other still has 1.5.8. Haven’t looked at any of my other app sources so no idea what version they’ve got.

I had an Amazon update and now my film +, and SD Maid Pro, won’t work. Got another SD Maid but none of the 4 mods I tried for Film + would work, or partly worked, also took out unlinked and the one in Troy’s Toolbox would not allow install of libraries. Very odd.

Holy cow…sounds like that update has some “anti-modding” code written into it…eh? If so…that’s a brand new one that might be discussed a bunch when everybody finds out.

Anyway, all I did was send the completed downloaded Spectrum app using Send Anywhere straight to my device and then installed via X-plore. The installed and loaded up fine. I did have to make a shortcut using TV App Repo so it would appear in my Favorites tab, but other than that it worked just fine.

So, Miki, maybe try that and see if that works for you?