Moved to the FS…the shorten m3u file loaded & plays fine.
However neither of these load on the FS:
https://cutt.ly/DSr95Combinedepg
https://github.com/DeltaSr95/Combined/raw/master/combined.xml.gz

I get a ‘check URL or internet connection’ error message. And I’ve double and triple checked my typing before trying to load. Again no problems with the Onn, only with the FS.

Hey @elginherd Suggestion: I find it easiest to completely load one Tivimate on one device…then, do a backup on it…then, send that backup to the other device/s & restore it on that Tivimate…that way I have an exact duplicate/clone of my original Tivimate playlists & player settings… I’ve used Send Anywhere & Send Files to TV apps to move the backup file around…I find the Send Files to TV is easiest for just a backup file…& the Send Anywhere app is good for moving apps, pics etc. GL2U

I’ll have to try that at some point. I don’t know if that will help because the FS will not recognize the URL’s for either the playlists or epg’s at this point.

FS doesn’t have to recognize them…just your Tivimate player.

What file mngr do you use? When you send your tivimate backup to your FS it’ll usually be in a tivimate folder in your file mngr…& when you click on restore in tivimate, it’ll load that file into your player.

ES File Explorer…and I try to avoid using it when possible because it is extremely clunky, even with using a keyboard.

Copy that…download FX & see if you like it better…it’s pretty basic & straightforward…no keyboard needed. You generally won’t need to go into your file mngr to do this procedure…the file will be there & when you move it over to the other device it’ll be in that file mngr & when you restore in Tivimate it’ll ask you which file & you just scroll down right there till you see a tivimate file & click on it…very simple process once you do it for the 1st time.

I try tomorrow.
Right now I’m burned out on it.
Good thing about expanded storage is that I can install a bunch of apks without space issues.

My space issues are between my ears.

& maybe try the shortcut (m3u plylst), i think its the same one… but i cld b wrng (epg shld b included)

Takes a few to process 62k chnnls… if u just want epg, delete the plylst & use the epg

In my experience with that playlist you don’t need to put both of them in just the first one, only use the second one if the first one doesn’t give you the EPG also. Maybe that’s causing the error

I have had the DSr95 combined for many many months on my firestick Max and it’s still working flawlessly. There is no need to add the EPG seperately as an m3u8 has both the m3u playlist and the xml epg file.

All that I can say, is that that URL shows error in both Smarters & TiviMate on my FS.
It loaded fine earlier today on TiviMate on the Onn including the EPG.

sometimes you have to get away from it for awhile and regroup.

Well I’m not at home right now and won’t be until Saturday so I can check then to see if perhaps the server is down for maintenance or the list is being updated. All I know is it was working just fine on my Max. All I loaded was the “Combined” which is both the playlist and EPG.

I’m leaving everything alone until tomorrow.
Then I will try again.

I installed “Send Files to TV” app on my Onn & FS…you were correct it is easy.

I noticed where they offer a desktop app for all operating systems, that might prove to be useful also.

The only (& major) problem is that “DSrCombinedepg” did not install meaning there’s no epg. Apparently whoever DSr is has pulled his files. That means I’ll have to find xml files for Distro, LocalNow, Redbox, TRC, Rakuten & Plex.

With a lot of peeps using Tivimate & having multiple devices, this is an easy process to get all devices equally loaded.

Miki is your man for all the m3u stuff…& I’m pretty sure he posted an m3u8 url the other day…& it’s supposed to have the epg included.

That m3u8 file is apparently no longer available.
And that was/is the root of my problems.

I’m away until Sat. I can send you most of the m3u playlists you need and any corresponding xml EPGs I have. I’ll also see if the “combined” m3u8 is down or just switched from say .io to gihub with a new URL.

I just saw a note on Apsat.com streams saying that some of the URL’s are not active…so that’s most likely the problem.

The DSr combined playlist is great & the EPG for it is fairly complete on the Android box, but since the epg did not transfer, I’m pulling my hair out trying to find xml files…so far I’ve only found Plex & Pluto.

DeltaDSR file is very large and often not responsive in my test. I discovered it a long time ago and I’m guessing due to its location? maybe? It is rather large and containes (for me) way too many links and slows to a crawl at times. He does tend to update it often however I find it not too helpful.

today I found this… 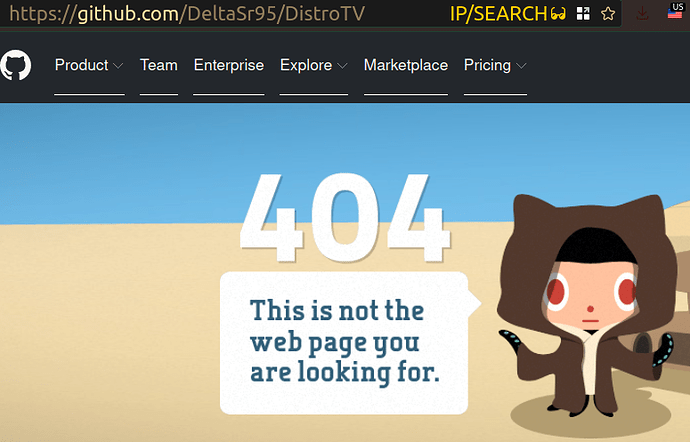