Set up my Cube 3 with usb storage 125Gb changed location in tivi to the new drive but when I record it only records 1 min what the problem how to fix?

When you go into the settings to choose the folder where you want to save recordings use the “system picker” option.

Poor recordings can also be poor internet connection or sometimes the VPN has issues.

I have 3 connections and sometimes I forget and try to do 4, no good, 1 minute and it stops recording.

Yeah, its been that way from the begining, & discussed mucho times in here

Did something stupid about an hour ago while I had a show recording in my Tivimate player. Out of the blue, I decided to clear storage caches…force close all apps…run a cleaner & reboot my box…all this while my 1 hr show was in the middle of recording…d’oh! Realizing any type of connection hiccup while recording with Tivimate always ends up with dead recordings…I was just gonna chalk it up as another senior moment whilst shaking my head & cussing myself out. But when I opened Tivimate up again, low & behold the recording was still going…huh? That’s never happened…& how can it happen? Tivimate was literally closed & the box was rebooting…??? Also…I run it with NONE for buffer size…there had to be at least 2 -3 minutes of Tivimate being closed…I must say, I’m perplexed & puzzled…any plausible theories as to how this could happen???

Maybe that channel has catchup and somehow miraculously it used it some way. Sounds impossible huh!

You must have the Tivimate Premium +++ ?

Premium +++ with a built in cache storage whatchamacallit…& several minutes of the stream already there…but where I’m not sure. That’s the only explanation I can come up with

And I always thought Tivimate recordings would come to a dead stop at the drop of a hat.

Come on Pang. Are you pulling our legs? Tell us how you did it. Enquiring minds want to know. I think TXRon has it figured out but trying to use it on his weather widget.

Ha ha…hell if I know what I did…but, as a proper experimental procedure…I’m gonna try to replicate it. Ron does like his widgets & gizmos… 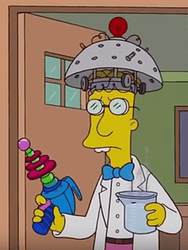 After further review…I did have a 4 minute break in my recording…reason I didn’t notice it before was because it fell squarely into a commercial slot…but after closely watching what I recorded, I’ve now noticed it. So…I lied…it didn’t record all the way thru

…but…it pretty much disproved what we all thought Tivimate did when there was a recording disruption…because as soon as my device reconnected & I opened Tivimate back up the recording continued…& that’s a good thang.

More experimenting needed to see if Tivimate will continue to record thru interruptions.

could just be improvements in tivimate as it is developed and improved. I know recording with channelsdvr it will continue recording with interuptions and a red dot next to recording indicates there were issues however most all was still recorded rather than just stopped midstream.

Copy that…I’m gonna play around with it & see if there was an “improvement” in the last update, cause I do remember it stopping in its tracks for the shortest of disruptions…as has been accepted as basically the only negative with Tivimate & discussed here quite a bit.

Idk what to tell you guys. I don’t have any problems with mine.

Nor do I…but in the past, many have complained of the recording completely stopping after a minute or two & not starting up again. I’ve had that happen to me a few times in the distant past (probably due to a buffering issue) but not had any problems since last year. It “seems” (especially from my recent experience & subsequent testing) that Tivimate now picks right back up recording (as it should) after any disruption is over (including complete app shutdown & reboot) rather than completely stopping…so good on the dev for “fixing that”…? during some past update.