As the subject says, I’ve been notified that my account has been suspended. I’ll try to give as much details as possible, so apologies if this is a long post.

Using debrid with Cinema HD, Cyberflix and Bee. All on a 4k firestick wirelessly connected to the router in the next room. Our ISP is a fiber optic company. I believe my “infractions” occurred using Cinema. We are watching a series on Cinema (sequential episodes). There are times where we attempt to watch an episode and maybe there’s an issue (in a foreign language, for example), so we back out, select another source and move on. Then watch the next episode. And there are times when Cinema freezes after an episode so we force close the app. (Trying to think of any oddity that may be the issue.)

So, last night we were attempting to watch the series. Started Cinema and watched episodes 3 and 4. One episode was buffering so I know we backed out and selected another. I don’t recall anything else odd about it. Afterwards, I realized we were watching without the VPN connected (oops, but oh well). So we were going through our ISP directly. I got an email from real-debrid.com saying we were using 2 different IPs and listed the 2 exact episodes we watched. Here is what it says I’m using, neither of which are my ISP:

I thought real-debrid.com locked the IP? Would going straight through our ISP cause different IPs to be logged as being used? If we had the VPN running, would only a single IP be logged? I’m trying to figure out the issue and correct it before being permanently suspended.

Had to edit. Dont show your real ip adress publicly please. Real debrid locks you out if you use other ips at different locations.

I appreciate the edit, but as I said, those aren’t my IPs as neither of them are from my ISP. You are correct, if you use 2 different IPs that’s a violation. However, I’m sitting on my couch from one source, one ISP. That’s exactly what I said above. I don’t understand why real-debrid is getting 2 different IPs from me (has never happened in 2+ years of real-debrid)

Wow @thaKing that would suck no matter what the reason was. I read about this issue on a Reddit thread. The person with the issue was given this advice
“Go to help on website. Type banned in the search bar and follow the prompts”
This seemed to have helped, hope it helps you. Good luck

This should be a notice for others who wish to go without a vpn. Many services will tell you vpn not required and its risky in doing so. A vpn with kill switch can be a pain but in a wider overview it saves you exposure. The isp’s are under pressure to terminate any accounts it finds with certain connections. Plain and simple a vpn takes this off the table.

@PapaS - yes, I’ve worked with them, they reinstated my account, but I don’t want to risk being banned.

@TXRon - we usually use a VPN but it happened to be off at this time. So my question is, without a VPN, would it show me going through 2 different IPs even if I am using the same device, coming from the same house, etc? If so, then I understand why they saw what they saw. And more reason to make sure the VPN is running

simply put without a vpn your routing however it might be is known to the isp. With a vpn on it is private and all the isp sees is the connection and nothing behond that.

edit… make sure the vpn of choice has a working kill switch.

Right, and sorry for being dense here, but I was a little shocked that I’m displaying different IPs during a single streaming session. Since the VPN is on the firestick, I’ll still go through the router. Will real-debrid see the IP of the VPN or what’s going through the router?

The fact that real-debrid sees multiple IPs has really confused me.

if configured properly they will see the vpn ip. A simple scan with analiti will confirm.

I will check TP for Surfshark (as I’m looking to switch) and configure based on what I find.

not really sure other than an unprotected connection will provide ipv6 and ipv4 connections. A secure vpn will only provide ipv4 which is from the vpn company

It is my understanding that IPv4 addresses are yyy.yyy.yyy.yyy and IPv6 is formatted like aaa:aaa:aa::aaaa:aaaa. The IP addresses they sent me in my warning email were presented as IPv4. 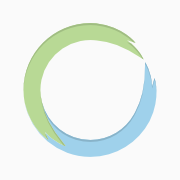 Yep, mine was on the list. It happened to be off and I was showing 2 IPs.

As mentioned in the first post, I wasn’t on a VPN when they said I was using 2 different IPs. In the comment directly above yours I said my VPN is on the list.

Someone May have hacked your RD account and used your RD at their house. I would just make a new RD account with a different email address and make sure to use a strong password . Hopefully you got things sorted out. Good luck

By switching apps maybe you had one still running in the background and that had been associated with your real IP address. Then you switched apps and used a VPN. If Real Debrid has any sort of detection method for this then it knows you can’t possibly be in those two locations that quickly apart. My advice is (1) make sure your VPN is on when you start and leave it on until you’re done watching. (2) If you forgot to turn your VPN on then just finish what you’re watching and make sure you force close the app when you’re done. Then turn your VPN back on. (3) Don’t switch back and forth between apps that use RD. If you do, make sure you use the same IP address and force close one app before opening another.