Nice! I downloaded the app from the Play Store, and it is super simple to setup and tweak to your liking in seconds.

Also, for those who have difficulty with some Apps not appearing on main screen or favorites, this launcher solves that issue automatically. No need to make a shortcut for those type of apps.

The TD tutorial is straightforward and help to get you started.

This thing can be setup, tweaked, and running in the time it takes you to get through a halftime show.

Wife wins on this one!

Dang, she wins all the time…

So I am trying this out on an extra Firestick 4k. I uninstalled Launch on Boot, uninstalled Wolf Launcher, put the Projectivy apk in my cloud to access from ES File Explorer. Installed it from that apk and it is on here. A few things I have noticed so far.

-It will not launch on startup/when restarted. I may have a wrong setting, but I don’t think so.
-Seems laggy on this 4k.
-It constantly asks me to Enable Accessibility but not sure how I guess?
-The wallpapers work, but the “Input” category under the Launcher settings is grayed out.

I am looking for a video where Tech Doc walks me through these parts, but seems like his website and instructions are more focused on the remap of the remote. I don’t give a hoot about remapping this remote.

But in his video doesn’t he give the directions to remap say the Disney+ button to start the wolf launcher. So you start your Stick up and then hit your disney+ button to launch Wolf, and it launches immediately.

Maybe my issues and that fact are related. ADB must be required for ProjectIvy to work on Firestick then? I haven’t done anything with it yet…I’ll watch the full video.

Shouldn’t need ADB to run. I watched Tech Doctors tut and have to rewatch it as I often find that the Tech Dr glosses over some steps and it takes watching a few times to understand what it is he’s doing.

I have already uninstalled it but will re-install later on and check it out more thoroughly. I did a quick install and messed around with it a bit but didn’t really delve too much into it.

So I guess I understand that on Firesticks you use the remapping (with ADB Shell) to launch it, but I reinstalled Launch on Boot to do that for me. It works, just like it did with Wolf, but there’s still that major delay booting it up that drives me a bit crazy. It does work though, I restarted, LOB launched ProjectIvy and here I am in the custom homescreen. Which is nice, but DEFINITELY seems more limited what you can do with it on a Firestick vs what I’m guessing AndriodTV options will have. Seems laggy, but I am not using a Max just an older 4k.

At the bottom of techdoctoruk’s tutorial it says you need ADB. Too busy at the moment but must get round to trying it out

You need ADB for remapping the unused buttons like Disney+ on your remote, so that you can use it as a shortcut to activate the app and load say “Wolf”. Once the remap is done you should be able to uninstall ADB Shell if you so choose. This is where tech dr. falls short imho, as it isn’t clearly explained.

all I know is I set it up on my shield easy peasy, no issues…and love it

I don’t doubt it works perfectly on the AndroidTV devices (which most of my boxes are), but wanted to start with a Fire to see if I could see any issues when others tried it. As far as the remapping, I’m not clicking a button to open a launcher, I would just keep LOB and let it do it for me, albeit delayed. 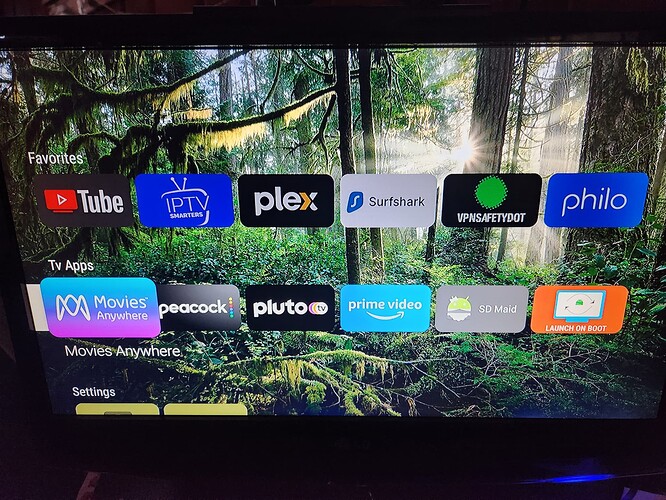 It is a nice looking launcher once you get it rolling. This is my son’s 4k after LOB loaded it during a restart. I’m sure there’s tons my fiddling I can still do, but pretty nice so far.

This app was mainly codded for AndroidTV so I’m not surprised there are more “hoops” to jump through for the FireTV. I’m really not up to “adding” this app as I have absolutely zero issues with my Max Amazon Launcher as I never get ads and the home screen displays for all of a couple of seconds untill I turn on TiViMate to watch live TV which is about 80% of what my Max is used for.
The “ad” complaint reminds me of the old " doctor it hurts when I do this!!", to which the doctor replies “well don’t do that then”. 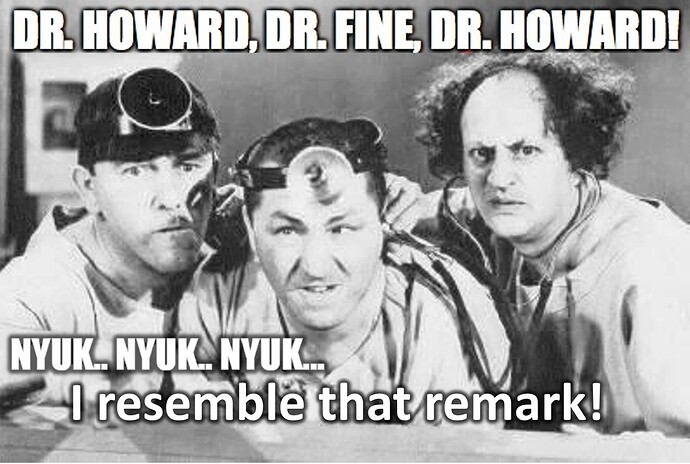 Is there a way (or app) to prioritize what Apps load first during a Firestick restart? Or is there a better way to turn off auto-start apps so that it streamlines that startup proess? I believe the reason for the delay using LOB is that it loads all the Amazon crap first, and then LOB last.

Finally installed it on an old 2nd generation FS running OS 5 from techdoctouk’s tutorial, which went easily enough. It looked and worked ok, if very sluggish on this old device - as was everything else. It keeps asking me to enable Accessibility Services which don’t seem to exist on Fire OS, and checking the “Avoid Stock Launcher” box under settings made no difference - the home key still returned me to the stock launcher screen. I didn’t have the nerve to delete the stock launcher to see what happened.
It looks nice but for me using Firesticks it doesn’t offer anything more than Wolf, which use regularly.

Looks and acts like Wolf LITE with great backgrounds. Sticking with Wolf and LOB.