Hello group as you have seen I have an Nvidia shield pro and after the latest update I lost the capability to used TiviMate. Once the application is opened I will be able to watch for 15-30 seconds and the buffering begins. Oddly you loose controls of the box, you cannot change channels or get to the main menu. After a few minutes the TiviMate crashes and bring you to the main screen. I have used similar application to see if it was the box but the other application works without any issues. I contacted my iptv service and they refreshed the line I’ve cleared caches and rebooted router and modem, still no solution. I’m looking for a person(s) who have seen thing and have figured a way to make it work. I’ve paid for the lifetime on the TiviMate so kinda don’t want to walk away from it just yet. 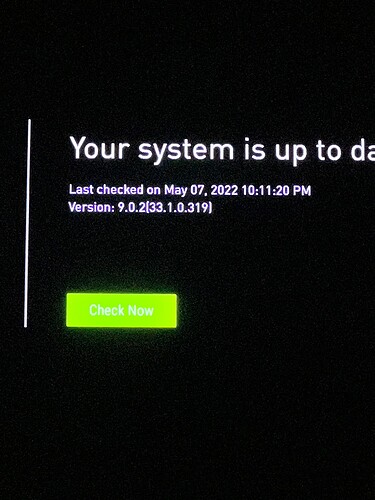 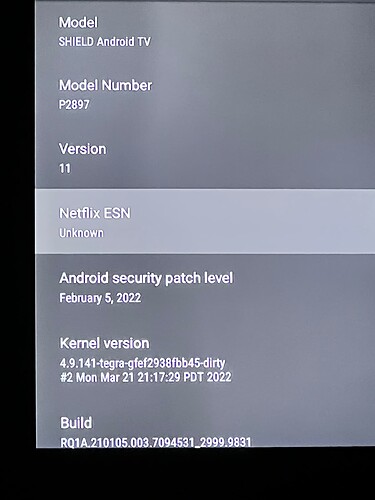 Hey @NiceLikeDat Don’t have a Shield but I do have Tivimate…I would say…Backup data…uninstall tivimate…shut down your Shield & Router…plug everything back in after 10 seconds or so…reinstall Tivimate from Troypoint RAI for a known clean copy…when everything is back up do a Restore of your data to get your setting/playlists back & see what happens. GL2U

For the reasons below…

I would uninstall tivimate and reinstall, i think the recent update just messed some code up.

Looks like you may have not looked at optimizing your buffer in TiViMate. I tried every option until I settled on “medium” buffer size which resolved my issue. Settings>playback>Buffer size
Give that a try.

I did try that before, but I will definitely dial it in after the full install. Thank you for your time.

I think I will try that again. I did uninstall and reinstall. I just want it to work, I will say it’s promising that it works for you guys. Thanks for the help, I will update after I’m done.

Strange issue indeed. Have you installed any other 3rd party apps recently such as cinemaHD or similar? Just an fyi I would stay away from anything that you cant verify as legit. This software is meant to basically search and destroy your setup. Search= look for and retrieve personal info. Destroy= cripple your box. I have info that actually the “good guys” are the ones involved in this malware.

If your problem persist I would basically backup/wipe everything. Re-install only legit software. Ive seen “cracked” tivimate out there and its malware also. Get a vpn up asap its a must have in todays digital world.

@NiceLikeDat And to add what Ron is saying…start off downloading your apps at Troy’s Rapid App Installer…as we know they are clean apps…anywhere else…just be careful & when in doubt…ask! GL2U & keep us informed.

Much appreciated gents. I’ve had my suspicions that it was actually the good guys trying to distance themselves from liability so they are playing ball. I do have IPVanish as far as CinemaHD it’s been on my box but I don’t use it. I’m going to just scrap it and see. I’m waiting on my provider to give me my Xtream code’s because I’ve been using the M3U setup. I’m going to see if switching to that has an effect.

often when malware creeps in simply removing it will not fix issues its already created. Now this might not be a malware issue but keep that in mind and if you cant get things back to normal a factory reset might be the best way back to joy

That seems to be the next course of action and I surely hope that it fixes the issue after that. Tried all the recommended actions and you guessed it! Still playing for 3 minutes freezes and the enters a fatal error that crashes the program.

Completed a fresh OS and that solved the issue. I’m back up and running so it is resolved. Thanks for the assistance and I look forward to paying it forward.

The fresh install was completed like the suggestion. It worked for a day and then it began. It was a full system reinstall to delete any errors in code. Cache in router and shield has been completed along with modem restart to make sure the latest firmware is being used. This began as stated before after the shield update. If someone can post picture of your settings for TiviMate Premium I will try those and see if something somewhere was switched or needs to be. Developer options have been unlocked FYI.
Thanks for the help.

I see there are many many ppl in your place, with the same issue. I found 2 ppl that claimed they fixed it. One person went back to the TiViMate 3.7 APK and after install they immediately went into settings and turned off the auto update. Another said that they resolved this issue by using an external player, in this case MX Player Pro. I don’t have a shield but the Nvidia blogs are full of issues with TiViMate after updates.

try rolling back tivimate to a previous edition. If you are on telegram there is an un-official tivimate group that might be of help. They are very active.