This problem is driving me bonkers. When using a LAN adapter to give me hard wired internet, it screws with everything! Internet drops out, memory sticks are temperamental to the point of being useless. Through trail and error swapping out power cable, ethernet cables, OTG cables, USB flashdrives, ScanDisk memory trying to get a solution. The fix that gave me uninterrupted streaming and access to my external memory was to ditch the LAN adapter, go back to WIFI and then use an OTG cable for external memory…and 5hrs later, no internet buffering, no app drop-outs, no power issues.
Totally bonkers! Should expect better internet performance going wired, surely? If the LAN adapter has USB, then they should offer a constant and direct connection, surely.
Who is using a LAN adapter and can assure me they have no issues? If so, what make/model is the adapter? And what memory are you using?
Cheers.

Originally posted in “Devices” category. I’d like advice on equipment used/tested by others when considering LAN adapters as an option. Mods moved it to ‘Networking’ but I think it covers both categories.

That does sound crazy, but ive never had any problms with my SMAYS hubs, (ive never owned an otg)
I used ethrnet on 2 of the 5 i bought, never had an issue
(their still kickin, ive just ditch the stix) 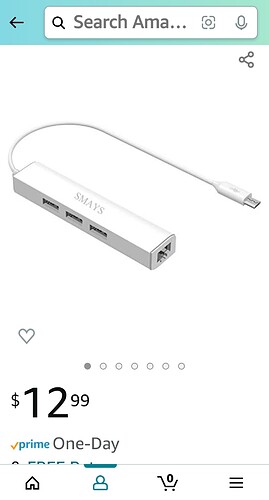 I did buy anothr brand first, but they were made poorly (plugs wore out)

But they werent Ugreen, so i hv no history with that brand 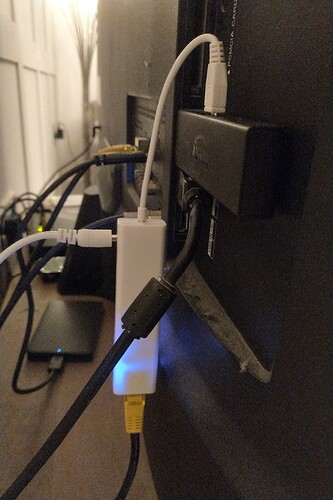 This is an DigiCont 2nd Gen. I’ve used Amazon adapter previously too. Just can’t get a decent combo whereby the memory is there one day, gone the next

and the internet doesn’t drop out occasionally.
Gonna try a different HDMI port and start the experiments again 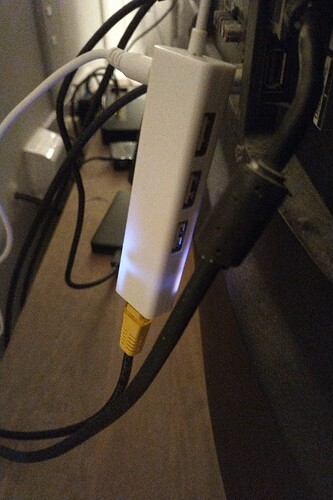 I moved it to networking before i realized you where asking for equipment. It is bit of both category. No big deal, i just clean up the fourms. All good.

King that looks pretty identical, but u never kno

Are u using 2 drives or did u split one?

Just the one, a scandisk 65GB…although its not connected at the min, keeps asking me to format or a pop up saying external USB available…but then it disappears

Yeah Pang…
was writin u a reply, oh well… lol
yeah i think jayhawk used to use smays too. Answer: Yes

I think its due to to many things hooked up which the firestick has to power, you are probably seeing power loss from these items which is causing the lan to do that.

After switching them and things work better only confirms my theory. The stick has limited resources, the more you attach the bigger the power draw.

Yeh, and the frustrating thing is, the adapter is designed for power, a LAN connection and three available USB devices. So a power cable, LAN and one small USB drive shouldn’t kill the damn thing

Can you look at & tell us what the power rating is on the power adapter plug?

Going into a UK power supply

.15A is way low…standard is 5v 1amp…5watts…if you can, use your firestick power adapter 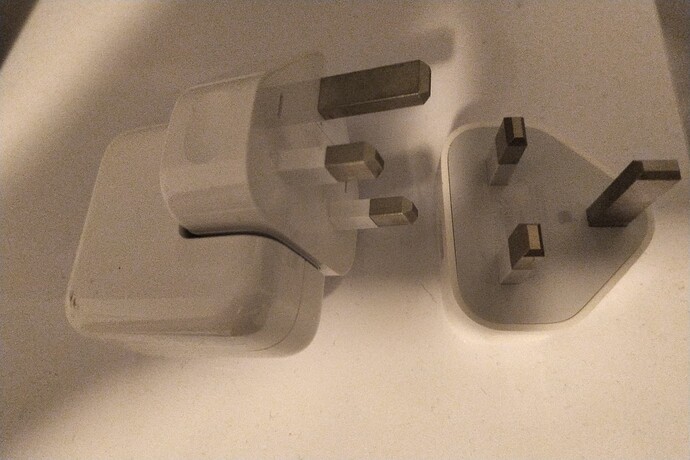 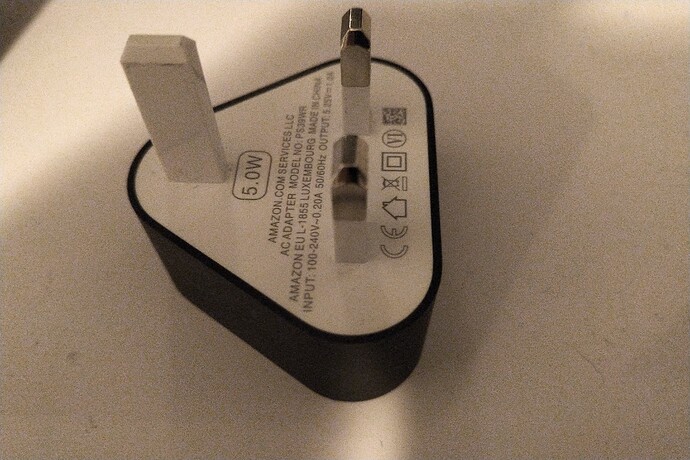 lets give it a try. Check back soon

I used hardwired (ethernet) internet connections on my second gen Fire TV boxes (100Mbps) but their AC wifi was faster - no brainer. Don’t know how fast the various USB ethernet adapters for the sticks are but I doubt they would beat AC wifi significantly. 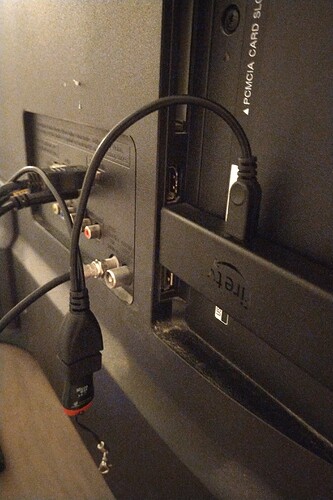 back to wifi and OTG for external memory. Not losing too much internet speed either. On 150MB fibre, with my VPN, I’m getting 95+ on wifi, so Hey Ho, I’ll settle for that and save myself any more brain damage.

So, should we assume the 5watt amazon power adapter made no difference? If not…

I have been using the U-Green adapter and have had the same problems
as you. I am now just using WIFI also with no problems.

OK…that’s interesting…is your power adapter 5w or more? Is it on a firestick?