Hi. New guy here.
Is there a list of tv programs or channels by add-on or apk?
I have a X88 Pro 10 android box and have Cinema, Plex, unlinked and several other apps installed.

Do you mean an EPG( electronic program guide) for IPTV? For say pluto TV or Plex, Samsung TV etc.? If so then you can load lots of free TV channels in TiViMate using m3u or Xtream codes and add the xml files as well to give you all the channels and a guide. Kodi Mad Titan and The Crew addons contain live tv channels but no guide, as does Ola TV. You can also find channels in many apps, redbox for example, and even using your Silk browser but not a guide. So what many do is get the tv guide for the area where your VPN connects to, then find the program you want to watch and then use your live tv apps to load the channel and initiate the stream.
Have fun and STREAM ON.

Thanks for your response.
I am not interested so much in live tv as being able to stream past seasons of shows such as Mountain Monsters.
How can I find out which app has shows from the Travel channel?
As I stated before, I am a newbie, so most of what you said was over my head.
Thanks

We shouldn’t be mentioning names of tv shows or movies here.

The best way to watch TV shows and movies is a vod style way.

Stremio has all the seasons for series. Have a look. It has addons and almost every time I never even use the Real Debrid links as there are so many good sources.

I use this one as I can set my time zone to wherever my VPN is connected. 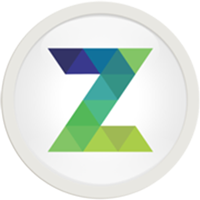 2 very nice guides, Thanks for sharing…I like them both better than the one I was using

Stremio has 8 Seasons showing for your show. Each season from #1 onward showed me 10-15 sources with seeders ranging from 5 to 30. Some seasons and episodes have very few seeders, but that seemed to be rare. Maybe worth your time looking into. Don’t forget I have Real-debrid and Orion in Stremio as well.

I installed both Stremio and BeeTV but unable to find the show. Is there a search function or do I just have to scroll through all of the shows.
Thanks

There aren’t enough sources when I use Stremio. Does the vpn location make any difference?
Regarding BeeTV, I am notable to change the default player as the option is not there under Settings. When I try and open a file, it asks to install Titan, but the doesn’t work either.
P.S. I installed BeeTV using the Troypoint rapid installer, not Unlinked.

You still arent binge watching yet?

I’m not sure why you don’t have enough sources. Are you sure you’ve added all the addons you can? Do you have Real Debrid? I’m never with out a long line of sources on the right when I scroll down.

Miki
I followed the Troypoint instructions for installing Stremio. It said to just install the Torrentio add on. I saw that there were other Adonis for torrent sites but most were covered by installing Torrentio eg. Piratesbay.
Regarding Real Debrid, no, I don’t have it. Was trying the “free” route first before spending any more money.
Are there other addons I should install?
Thanks

In the community addons I use these:

Brings me everything I need for free. Do not use without a vpn.

Like Dracoo shows. Install every movie/series addon in Stremio. You’ll get lots of sources.
Have fun and STREAM ON.

Your welcome B… anytime