I think I’m having a wonder if the grass is greener moment…just wondering what your favorite custom launcher is, and why:
Wolf Launcher
FLauncher
Leanback Launcher

I have tried several. Right now I like the Wolf as my choice.

Suggestion: Why not set your post up as a poll? That way you will probably get more responses to your query.

Didn’t know you could do polls on here 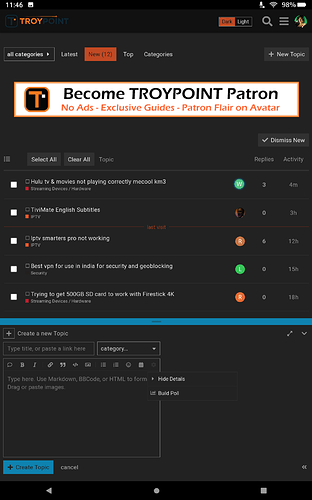 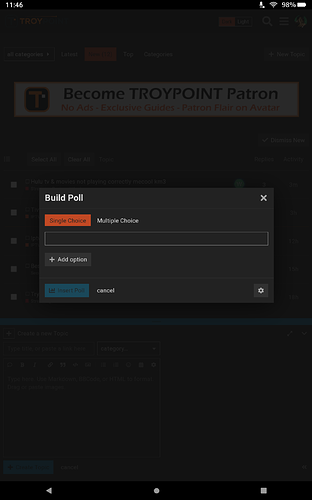 I use TV Launcher 3. The layout is similar to Wolf Launcher with rectangular app icons which you can populate on your Home Screen ranging from 3 to 6 per row. It comes with 4 different screen categories which you can customize, add or delete, (favorites, media, games and utilities). Very easy to set up. Wallpapers including live and 3d are easy to set as a background. This launcher is available off google play store.

I just tried that one this morning. I wanted it for the live backgrounds, but for some reason it couldn’t find my X-Plore to get a download. I get it to use a space animation, but that was about it. I uninstalled it because of that and an annoying freezing issue. Not certain if the Wolf Launcher was interfering with the TV Launcher 3?

May try it again…?

I just downloaded my chosen wallpaper apps to my Ugoos, opened the app , then clicked on “set wallpaper” for the selected wallpaper, including live wallpapers, and background was set. You also need to change the application wallpaper setting in settings menu on this launcher to off in order to load other wallpapers.

I use ATV Pro and it works well. The only problem is after using one of the apps it doesn’t go back to my custom homepage but shows all the apps I have until I click on pro then it’s OK. Not sure what the problem might be

Yep, experienced same thing on my tablet. Finally just up.

… but they come to life rooted

I chatted with Sween Wolf about the possibility of adding an option for Live Wallpapers. There is one out there called TV Launcher, but I couldn’t get it to work. It did have an animated feature that worked, but the rest of the app was at best meh.

Wolf is good enough for me at this point.

Yea, im not in to live wallpapers unless they can bring me a beer the live part is over rated 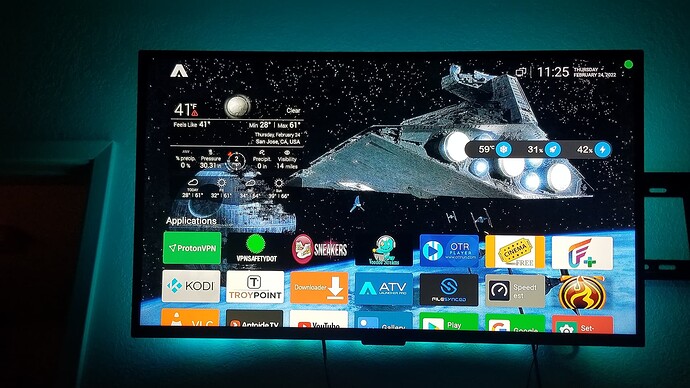 Can the At launcher handle live wallpaper?

I really haven’t tried to use live wallpapers…it prolly can?..i tried it with another box and it crashed it every time…i’ll see if it will work on this one…

Hmmm! Think I’ll have to check that one out! Thanks for the tip!