Anyone using this device? Looking at the specs, it looks like a killer box. I haven’t seen any feedback from users, so a little reluctant to take the plunge. 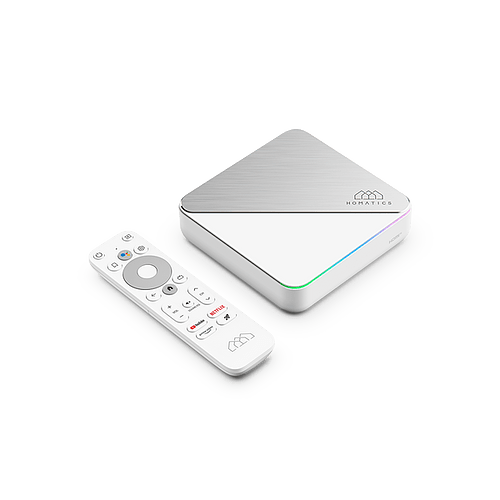 Looks similar to the MECOOL KM2 with more memory and it’s Netflix and Prime certified, and handles 4K @ 60 Hz rather than 30 Hz.

Got the same specs as my KM6 Deluxe…except for storage…I have 64G. Nice box w/nice specs…but IMO…a bit pricey. I paid $90 for mine a year or two ago.

Agree, its an over priced(but nice) box. Running on a brand name that knows nothing about streaming other than attaching their name and jacking up the price.

I agree that it’s pricey. Wasn’t aware that the KM6 was Netflix certified. I’ll take another look at the KM6. Figured it was time to upgrade from my TIVO Stream 4K’s to something a bit more modern and with more memory.

Wasn’t aware that the KM6 was Netflix certified.

OK…my bad…you may have me there…some Mecools are & some aren’t…I believe. I don’t use Netflix so that doesn’t matter to me…I also don’t know what version O/S this box is running…mine runs 10 & hasn’t been updated since fall of 2020…but with the way some updates go…I consider it a good thing. I guess I was comparing more on the hardware specs

Also…@TXRon has Tivos…amongst just about every other device ever made…he may chime in again on TIVO-esk modernized devices currently on the market. Way plenty devices to choose from these days…that’s for sure.

I know the KM2 is Netflix and Prime certified. I found a YouTube vid where some fella claimed he has a hacked file that allows 4K Netflix, so the KM6 may still be a viable option for me. As you pointed out, there any many options to select from. I’ll keep the KM6 option open for now, as it is certainly less expensive. Thanks for your input!

A bit off topic here and don’t want to hijack this thread but can someone explain to me the benefit of a box being Netflix, Prime, etc… Certified? I have a stock android box and run KODI for all Movies/TV Shows. I can watch anything that is on Netflix and Prime and there are several websites that let you know what is new, trending, etc… on Netflix. And I use Trakt to keep me synced to where I am in any Season of a show

I’m not a Netflix user, so I don’t really care either way. But I thought it had something to do with the max quality of the streams. If it is Netflix certified, you can get 4k quality, if it isn’t, they limit you to like 720p or something.

(On the official Netflix app)

Yeah, it’s not that. I guarantee you I am getting great 4K Streams on my T95Z Plus Non Certified Box. Big difference in picture quality and easily seen on my Samsung 65" over 1080P/720P

You are using the official Netflix app? @MarkxG

Yea the km2 is certified pretty nice. I have 2 that ive had some time with zero issues. The km6 is not certified but imho the best mecool box out there. I did post a vid some time ago where a guy hacked the km6 to be certified. Its doable, but really netflix is so yesterday

Yeah, I sure don’t watch much of anything on Netflix, but my bride does. If she were suddenly relegated to Netflix in 480 or 720, I would be in the dog house. Come to think of it, at 76, I am so yesterday! Times runnin out!

@TXRon so really the Benefit is using the actual Netflix App? LOL I had no idea people cared about that. I get my content and it’s organized in Trakt so that is my own custom Netflix. I understand the issue with not having a certified box being able to watch Netflix in 4K. I just get the same content in KODI. I had NO idea people are really that hung up on actually needing to watch actual Netflix? WHY? Cut the monthly SUB!

Seems silly knowing what we know, but there are still tons of Netflix users.

so sad but it takes google to bless the box and certify it and im sure many fees needed to get their approval to call it certified. You can watch 4k on a non-certified box and just not use a service like netflix. Heck stremio prob has at least 70% of netflix material, then you have a dozen other apps all capable of hd/4k…its called cut the cord for a reason

Better than that, Stremio has a netflix addon. ooooo. Isn’t streaming a blast.